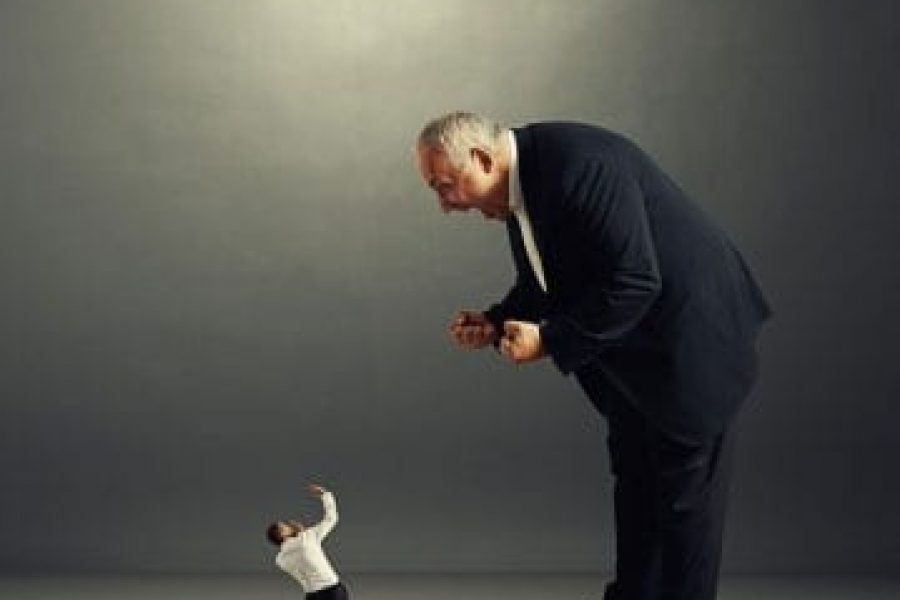 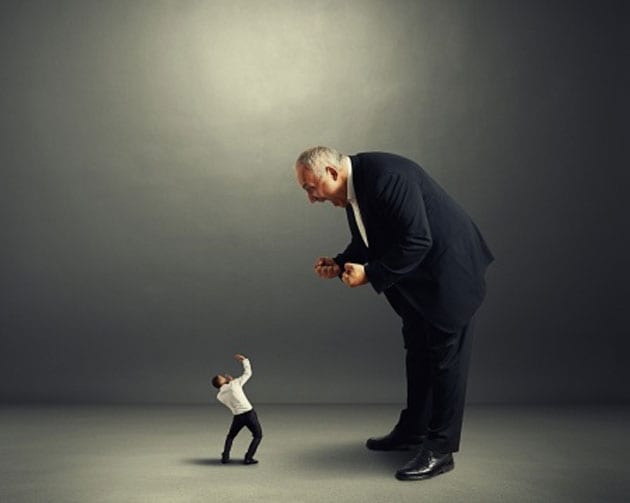 Sounds like a strange question, right? I expect your rapid and quite natural response was:

“I’m not threatening at all! I’m a nice person and a good boss!”

Well, I hate to disappoint you but if you manage anyone or you’re in any kind of leadership role then you’re automatically perceived as a threat by dint of your status.

In fact, it’s quite frightening how regularly and easily we can all feel threatened with potentially disastrous consequences for business.

The fact of the matter is that our brains are designed to perceive threat as a matter of priority. It’s all part of our survival instinct. The amygdala in the limbic part of our brain is like a radar system constantly scanning for danger. It’s involved in the autonomic responses associated with fear and fear conditioning (the associative learning process by which we learn, through repeated exposure, to fear something). Thus if it perceives anything out of the ordinary it alerts our limbic system, instigating the release of adrenalin and cortisol to prepare us for the classic fight/flight survival response.

The problem for businesses is that when we do experience this threat response and go into survival mode it has a dramatic effect on our ability to function well:

Think of a problematic relationship in a work context. I can guarantee you feel pretty negative about that person. You probably want to avoid them (flight) or if you feel really angry, negatively impact them in some way (fight). I’m also pretty sure that you won’t be considering things from their perspective. It’s very much about how they’re behaving towards you and how they’re negatively impacting your life and work ie. you have no empathy with them.

When a coaching client comes to me with a relationship challenge of this nature, I often ask the question:

“How are they threatening you?”

And yet this typical survival response means my client is feeling threatened in some way, as is the other person in the loop.

How Do We Threaten People?

So how do we threaten people and what can we do to minimise this threat response?

A really useful model to consider in these circumstances is David Rock’s SCARF model and I seem to be using it more and more in my coaching sessions these days.

Rock is a highly acclaimed neuroscientist and a leader in the rapidly growing field of neuro-leadership.

In his SCARF model he talks about there being 5 core social needs:

Conversely when these core social needs are met we thrive, experiencing strong positive emotions such as trust and excitement creating towards motivation and ultimately a wonderful state of ‘flow’.

Status is one of the most important needs. It represents how we position ourselves versus others. In evolutionary terms our status or position in society was key to our survival so it still holds a lot of sway today.

Certainty is a challenging one as we live in a world of constant change, however our brains like to be able to predict the future – they’re pattern detectors – so anything you can do to increase a sense of certainty will help.

Autonomy is again hard in a business environment where we’re all expected to be team players and work within a set of guidelines or boundaries. However it’s all about giving people a sense of control and a feeling that they have a choice rather than being dictated to.

Relatedness is about how secure we feel in other peoples’ company – are they friend or foe? Thus the more you can create a climate of trust within your team, the better the performance.

Fairness is another very strong social driver and again it’s a perception of fairness that really counts. When people feel they are being discriminated against or that the system is in some way unfair, the fallout can be quite dramatic.

So often when coachees talk through challenges they’re facing the SCARF model springs to mind.

One coachee had recently fallen out big style with a colleague after a heated e-mail exchange. When we analysed the situation in the context of the SCARF model she suddenly exclaimed:

“Well I challenged her status didn’t I!?”

Another client was talking negatively about a fellow colleague. When we analysed the situation objectively he could recognise that his own status and certainty were both being threatened by this guy’s behaviour, hence the ferocity of his response!

Think back to when you were possibly a bit younger and less experienced than you are now. You knew changes were afoot in the organisation and your boss came across to you and said:

“Can I have a quick word please?”

How did you respond?

Unless you were supremely confident in your position it’s likely that thoughts were going through your mind such as:

“This is really unfair. I work really hard. Why me!?”

And all within a fraction of a second of your boss uttering 7 words!

So something which might seem innocuous to you as a boss can trigger a serious threat response in one of your team members threatening their Certainty, Status and sense of Fairness all in one go.

The model also helps to explain why people can be so fearful of change. From a neurological perspective our brains are great pattern detectors, they like to be able to predict future outcomes. Thus anything which triggers a sense of uncertainty can trigger a threat response.

When we consider it in light of the SCARF model, it potentially threatens all five of our core social needs:

So it’s very useful to consider this framework when planning any communication around change. How can you minimise the threat response and elicit a positive one instead?

So how do we minimise the threat and maximise the reward response?

The Value of Coaching

The SCARF model also neatly highlights why Coaching can be so valuable.

And there will be many more examples.

Thus adopting a Coaching management style within your organisation or using internal/external coaches is a great way to minimise potential threats and maximise reward ie. motivate and get the best performance out of your people.

So how would you answer this question now?

The reality is that you’re probably far more threatening than you think you are.

Creating a threat response is remarkably easy; generating a reward response takes a lot of care and application but it’s worth the investment of time if you want your employees to be engaged, motivated and performing to the utmost of their ability.

1. If you’re having relationship challenges at work ask yourself how you’re threatening the person involved ie. determine which of their core social needs you’re undermining and how. Then seek to change the dynamic. When you do the relationship will improve dramatically.

2. Similarly when you notice yourself getting agitated by someone or labelling them, recognise you’re in survival mode and, whether you like it or not, you’re feeling threatened too! Determine which social needs are feeling under threat and try to reappraise/reframe the situation as it’s probably just the result of an overly sensitive amygdala!

3. As a manager or leader use the SCARF model as a framework for effective communication and influence and remember how easy it is to provoke a threat response. If you can minimise this by creating an open, honest, trusting environment you, your team and your business will reap immense rewards.